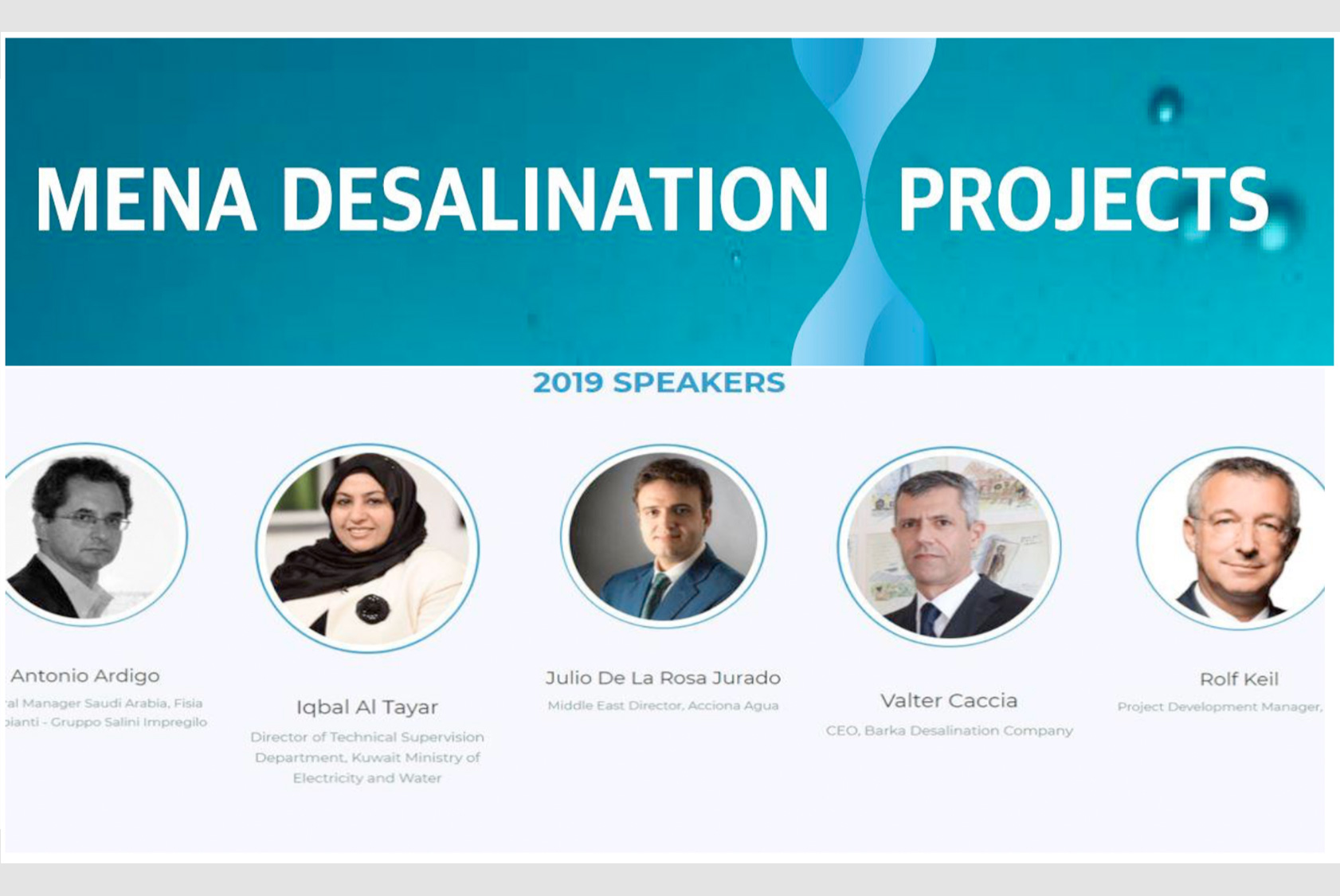 The conference, which will be held on March 10 and 11 at Jumeirah Etihad Towers Hotel in Abu Dhabi, to host informed discussions and in-depth dialogues by industry leaders, as well as specialized technical workshops hosted by the latest data and statistics related to desalination activity in the region, especially that the GCC countries has more than 60% of the total number of water plants in the world.

Global investments in desalination projects will reach $ 10 billion over the next three years to add 5.7 million cubic meters per day of desalinated water, a capacity that is expected to double by 2030, according to the International Water Association. The number of desalination plants around the world is around 18,000 by the end of 2015, producing 86.5 million cubic meters per day, 44% of them in the Middle East and North Africa and the region is growing annually between 7 and 9% per annum, In Asia and North and South America.

The UAE has 266 desalination plants in addition to a number of stations under construction and other plants being planned for the future. The amount of desalinated water used in the UAE by the end of 2017 was about 2,342 million cubic meters, which is expected to increase to 3,688 million cubic meters in 2020 and to 5,806 million Cubic meter in 2025.

With rising water demands and freshwater shortages, delivering world-class sustainable desalination infrastructures is at the top of governmental agendas in the MENA region, which is one of the most water-stressed areas in the world. At the conference, government officials from across the region will discuss their national sustainability visions driving the water agenda, attendees will have the chance to discover the hottest opportunities for upcoming desalination infrastructure mega projects in the Middle East.

The MENA Desalination Projects conference is chaired by Dr. Corrado Sommariva CEO & Founder, SWPC, leading the discussion of 30 Chairmen, Managing Directors, CEOs, Water Sector Leaders, Project Managers. Dr. Sommariva emphasized that “There is a revolution in the sector seeing the fleet of thermal desalination plants are going to be obsolete and this is the right time to explore alternative sustainable ways for water desalination”. Dr. Sommariva believes that a few technologies are 'particularly interesting," including Membrane Distillation and Low Temperature Distillation, which he says offer 'great potential for coupling with either solar panels or solar ponds." As he referred to Ghantoot desalination project sponsored by the Abu Dhabi Government.

Dr. Corrado Sommariva has been President of the European Desalination Society (EDS) and chairman of the World Health Organization’s committee for safe drinking water from desalination.

During the MENA Desalination Projects Conference, government officials will discuss the national sustainability visions that guide the water agenda and will allow participants to explore the most attractive opportunities for future analytical infrastructure projects in the Middle East.

The MENA Desalination Projects Conference is an ideal platform for innovators and interested young people from the region and the world to showcase their innovations in water desalination for various uses, alternative water management systems in homes, offices, industrial and agricultural facilities.